Official EARTH TOUR website is coming soon, with photos not included in the book from around the world, exclusive video clips, a trailer, detailed statistics, and a Paypal button so you can buy yours or donate.

Also in all likelihood this will be a preorder only item. It will cost so much to make that we will need to have money up-front to create them. The final amount we make will depend on the preorders we receive. Due to ”no one buying any of our shit but thinking we are still making money???? (Desperate Living 3000 copies sold in 4 months, 48 Hours in Ukraine 200 copies sold)” we can no longer afford to take the risk to press a sensible amount by charging it to a credit card as we have in the past and then paying off that credit card when people buy it, because of this reason: we don’t have any money and no one is buying our shit, so we won’t take the risk.

If you want one, you pay for it before it exists. We are HORSE the band. We won’t fuck you over.

If you want this book, you will preorder it. It is possible we will press a few extra copies, but at some point we will place a deadline on preordering. However many people have preordered by that point, that will be the pressing. If only 200 preordered, then this is an item limited to 200 copies, ever. Who knows, maybe it will be 1000. After that you will not be able to order it unless we happen to have like 5 still sitting around. This is very risky. Also we might just increase the price by 6-700% on the last 5 remaining copies… A price is coming soon. We are trying to balance out ”making something really fucking cool and not too small so you can’t see it good” without ”being so insane it cost $100 a copy just to make”. We hope to come to a compromise in which this is the coolest thing you have ever bought from a band, but can also afford it. However, it is not going to be cheap. I would estimate, depending on the size, it will cost between $50 to $100, plus shipping. Which, is not that god damn expensive considering you probably have been buying box sets of stupid Comedy Central shows for years at $40 each and those come with like two pieces of paper and are bright yellow! So if you want one start saving up now.

Remember, 6 DVDs. 50-100 pages of photos with band commentary. 45 countries. The biggest shitload of shows, people, parties, jokes, places, food, embarrassment, failure, misery, happiness from the most diverse collection of sources you have and ever will see in your life.

No one is allowed to buy two. No one is going to be able to sell this on eBay unless it is their own personal copy. We will be writing your name in your book, personally.

Preorder will be up soon. Keep checking back. I expect it to be open for about 2 months. If you want one you will get one.

One final thought: we didn’t make any money on this tour. Actually when all was said and done and every last bill came in months after the tour was over we lost about a grand. In total we spent nearly $100,000 of money we never had, on credit cards and on good faith. We took a risk. We made $99,000 back on one tour. This book is something real to hold and has been worked on for over 2 years now, in the brainstorming, booking, organizing, touring, and now piecing together of a representation of the unrepresentable. The book represents everything that you wish would be different about life. The more people who see it and hear about it, the more people will stop living within their self-imposed confines and be real. The world will get better. I know the story is old now, but if you ever felt inspired by this tour or band, buying this book would be a really good way to show that and support the band, and the idea. The pursuit of ”enough”. The best way possible, to us. 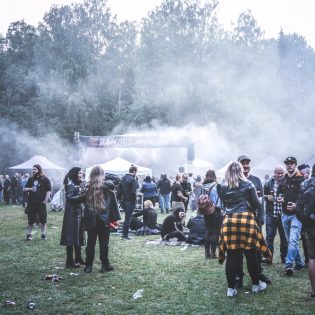 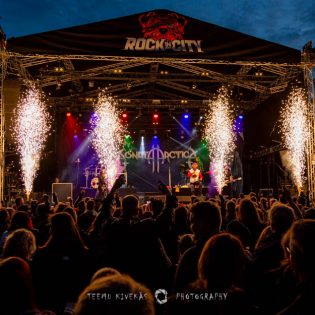