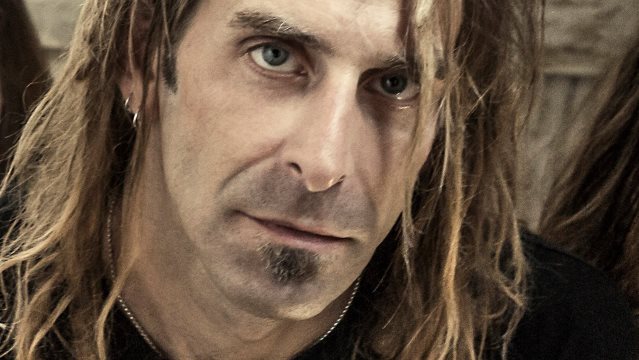 ”I got sober while we were on tour with METALLICA almost 9 years ago. The first day of that run, one of my crew guys came to me and said ’Hey, Hetfield’s looking for you’- we had been touring with them in the States & Europe for over a year and I was just RAGING, especially in Europe, but inside I was MISERABLE. He knew I had been trying to quit drinking, it wasn’t working for me anymore, & it all came to an end in Australia.

”A HUGE FACTOR in my willingness & ability to get sober while on fucking heavy metal tour was the fact that I had James & some of his crew who were also sober to talk to- I didn’t have to do it alone. James & crew babied me through my first month of sobriety out there on the road- it was a heavy trip. I couldn’t have done it without them.

”When I saw the news about James [on Friday], I hurt so bad inside for him, because he was there for me when I was in such bad shape- I know how dark it can get. But it was also a very strong reminder for me of what I am, & what waits for me if I fuck up & forget I am alcoholic.

”If you’re an alcoholic, NO ONE IS IMMUNE, no matter how long you have been sober. James is in the right place right now, though, & as he has gone there of his own volition, it sounds like to me he wants sobriety back- and that is the key to it all, you have to want it. So my thoughts & prayers are with him- I love that dude. He literally helped SAVE MY LIFE.”