Modern Life Is War will be doing one final tour from March 29th to April 26th. Our last show ever will be April 26th in Marshalltown, Iowa. There is no disaster or dramatic situation behind the break-up. All past and current members of the band are still good friends and there is no bad blood. We just feel like it’s the right time and would rather end things on our own terms than let our band become a ghost of what it was in the beginning or to be ripped apart by outside forces.Our first show was on April 20th, 2002 in Tyler’s parents basement. This makes our run as a band almost exactly six years. We want to send a huge thank you out to everyone who supported this band through thick and thin because you care about us as individuals, our music, our message or what we stand for as a band. We also want to thank all the people in the DIY/underground hardcore and punk scenes all over the country and world who work really hard and sacrifice a lot for little to no recognition or money because they love the music and message. I am really proud of all that we have accomplished but know that without the support of that community we would have never had a chance to tour and put out records for so many years. I don’t want to get sentimental and there is no short way of wrapping up all my feelings about this band and these last six years. Above all…I hope we have made some people feel less alone and motivated them to think for themselves, be themselves and take action. Punk rock changed our lives. I hope we contributed something to keep the whole thing going. We are leaving soon…but The future is unwritten…so start writing it. Tour dates will be posted soon. Come sweat and scream and say goodbye to Modern life Is War. 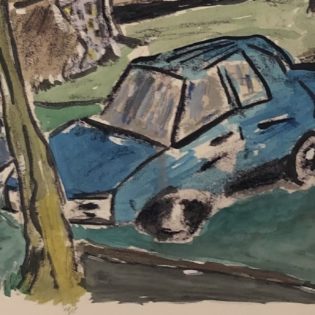