”We have finally reached the point where we are all going on holiday and will hopefully be enjoying the well-deserved time off!

”We’ve had a very successful year so far. The festivals and the shows with JUDAS PRIEST were a blast and the recent festival run with one of the all-time band highlights at Wacken Open Air will never be forgotten!

”A great big thanks to our amazing crew who did a fantastic job — to say this in (correct) ’Wacken’ terms: the band was good but the crew were brilliant!

”The progress of the new album is quite far — just some final vocals and a few last bits and pieces are missing. Most likely, our mate Andy Sneap is going to mix the album.

”As we said on our press conference at Wacken, we are looking at a release date in February.

”Our touring plans for the upcoming world tour 2013, as we are setting them up right now, will kick off in the states with one of our highlights, the Monsters Of Rock Cruise (we have just confirmed this). This is very special for us as we have been a major part of the Monsters Of Rock history and we are proud to be still part of it today.

”After the cruise, we will head down to South America where we will play cities that we haven’t been to for ages, but also we’ll go back to some of the great metal towns we played last year. We are planning to play Mexico as the last gig of the South and Middle American leg and then fly from there to New York to complete the American dates.

”Once again, we will be conquering the U.K. with some highlights; our annual St. George’s Day will be held for the first time in Manchester at the Ritz theatre!

”After the U.K. dates, we will do some more shows in continental Europe where we will hit the festival season. There is some talk about being part of the Full Metal Cruise, but nothing is confirmed as of yet.

”The first festival show has been announced for 2013; We will headline the Bang Your Head!!! festival in Balingen, Germany. The really exciting thing about it is that we will take the ’Heavy Metal Thunder – Eagles Over Wacken’ stage production with us — BIG stage set, moving drum riser, pyros, CO2 jets and, and, and,… We will try to bring this stage production to as many festivals as possible next year to reach and please as many fans as possible!

”As always, it is our credo to make the best fans in world happy and we are so grateful and thankful for your support — our Facebook site has now more than 60,000 supporters! You guys rock!!!

”After our short holiday, we will be playing the Hamburg Metal Dayz in September 2012, which is powered by the Wacken festival.

”The DVD production, ’Heavy Metal Thunder – The Movie’ (which is a superb documentary about SAXON), will be finally released in autumn and will be available for everyone, everywhere. We will also offer the DVD on the official web shop and in the U.S. online shop we recently launched via our website.

”In November 2012, we may go to India for the first time ever. We are in discussion and are awaiting news from our agent — we will keep you updated if we will be enjoying an original curry soon…:-)

”Once again, we thank you all for your support and we can’t wait to see you somewhere soon!” 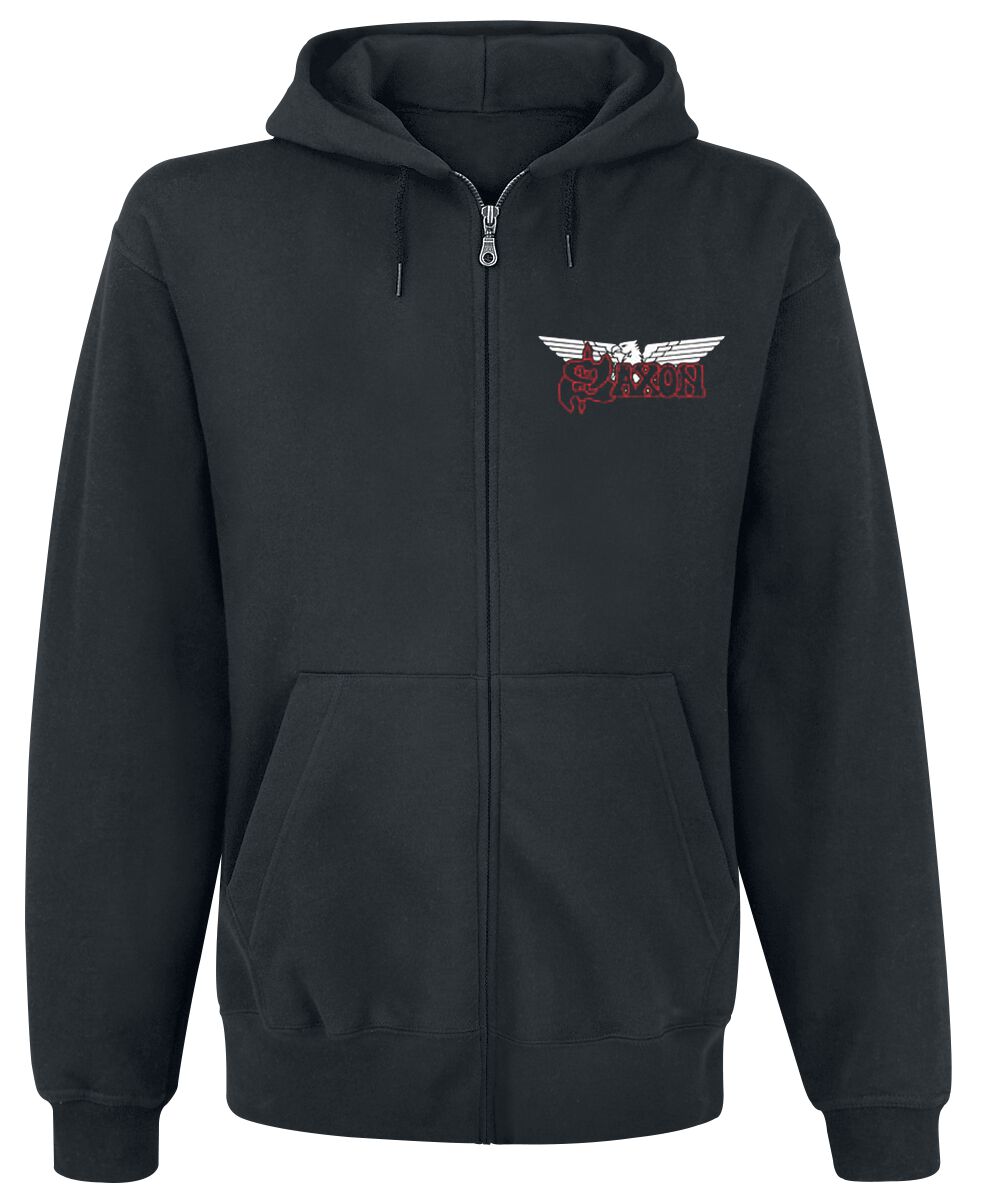