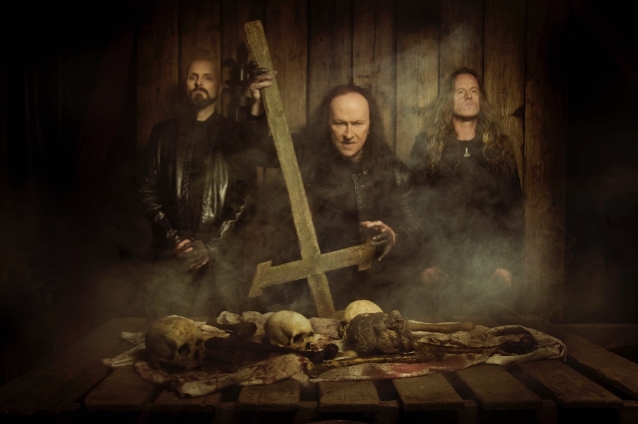 ”Crap! Fuckin’ crap! Honestly, I’ve been saying this for so long now. The thing is, you’ve got a lot of people who are now just taking other people’s music on the internet, instead of creating their own.”

”The creative side of the world seems to have hit a brick wall. Now, we haven’t had any new music or fashion explosions at all now – for at least the last 20 years.”

”When you think back to the rock ’n’ roll thing of the ‘50s, the peace-and-love thing and Hendrix in the ’60s, the glam stuff that came out in the ’70s, punk, and then hip-hop… but then it stopped.”

”But that came with the birth of the internet and all these people making these YouTube channels. I was sitting and watching this one guy, and he said, ’I started a band. I tried to make it with the band for a couple of years, but I wasn’t getting anywhere, so I put a YouTube channel together, and just used other people’s music and other people’s ideas, and now, I’m able to get the YouTube royalty.’

”And I’m going, ’Wow. Two years… that’s all you’ve spent? Two fuckin’ years? I’ve been doing this for 40 years, and I still don’t really feel like I’ve made it! Come on, two years?! You fuckin’ wimp!’

”Because without new ideas, this whole scene is just going to get stale. But I don’t know, I’m looking at these magazines now, and looking at these young bands, and I’m thinking, ’They all look the same. They all sound the same.’

”To me, the only bands worth going to see are all the established bands – the Metallicas, the Megadeths, the Slayers, the Venoms, the Dimmu Borgirs, the Immortals, the Behemoths. These are the bands that are still doing something up onstage that is exciting and good to watch and listen to.”

”But these newer bands, you could swap members, and you wouldn’t even know there was any changes. Name the drummer – nobody knows. Name the guitarist – nobody knows. Which band is this? Who does he play drums for? Nobody knows. The whole thing appears to have been watered down.”