”I know it’s presumed by a lot of people that because I am the main songwriter that the other members of the band just come in and play their parts and they don’t contribute much beyond that. I’m here to put that myth to rest. Although that was true on the some records like ’The Crimson Idol’, nothing could be further from the truth with this band. We go through long and lengthy rehearsal periods where we work on arrangements and overall song structure. This goes on for months before we ever start to record for real. We meticulously take songs apart and put them back together again.

”With any creative process, the first 10% is inspiration and the other 90% is like pulling a donkey uphill that doesn’t want to go. In other words, it’s 90% blood and sweat. It’s where the real craft of songwriting takes place. Get in there day after day and slug it out and beat on it with a big steel hammer until it starts to take shape!! Does it sound like fun? Yeah, if you’re a glutton for punishment!! Why is it so painful? Because in the back of your mind, the anxiety of whether or not it’s going to turn out to be a masterpiece or a big pile of junk is ALWAYS eating at you.

”I doubt there’s a professional songwriter on earth that doesn’t feel that after they’ve written their last song will EVER be able to do it again. I remember listening to the ’Idol’ for the first time about a year after we recorded it and I had two thoughts. Number one, how did I do this? And secondly and more mportantly, how in the world do I do this again!!!! It’s the constant ’alligator’ all songwriters wrestle with.

”But I have a secret weapon. Enter Michael James Duda. When I come up with a kind of a ’thumbnail sketch’ or a rough idea for a song, I usually run it by Mike before I ever let the others listen to it. I call it the ’Duda test.’ I can read him like a book! Depending on the look on his face, I can tell right then and there whether it’s worth even trying to go forward with it or not. When I play him the idea, if his face lights up, then at least there’s a chance the thing has possibilities. But if he sits there with that look on his face like, ’What’s wrong with you, or, why are you EVEN thinking about making me listen to this junk for?’, then I know there’s little chance that song will EVER see the light of day. The man knows a good thing when he hears it. He never even stops to think. He trusts his immediate gut reaction and for me that’s an enormous tool to have. He doesn’t get caught up in whether other people will like it or if it’s the ’cool’ thing. He’s gives me a ’fan’s’ honest reaction and that’s the best thing any songwriter could want….a built-in rock ’n’ roll market tester!!

”He’s been in this band for over 20 years. No other member is even close to that. He and I have done almost to 2000 shows together.

”The fans have no real idea of what goes on out on tour with a band that does the kind of physical output that we do onstage. It’s not all as glamorous as you may think it is. I’ve seen him severely injured and still perform. More than once I’ve seen him in between songs throwing up on the side of the stage where the audience can’t see him because of food poisoning. I’ve watched him many times with a boiling fever go out and still destroy an audience.

”It’s often said that the bass player is the ’heartbeat’ of any band. Talk about pure heart. He’s the ’pure warrior.’

”People get asked if they were in a fox hole who they’d want in there with them… Well, he’s my man!!!!

”Oh, and that other minor detail I forgot to mention, he’s one of the best bass guitarists in the world!!

”’Golgotha’ would have never turned out the way it did without his input and his ability to still see and hear music like a 15-year-old. He believes in me as a songwriter, but he’s not afraid to push me. Whenever we start to make a record, I know he’s always looking over my shoulder like some sort of ’uncompromising vulture.’ But then again, I do the same to him. I wouldn’t want it any other way.

”Him and I have been through a lot of blood and guts together. God forbid I ever had to do this with anyone else but him!!! Just call him ’Iron Mike’!!” 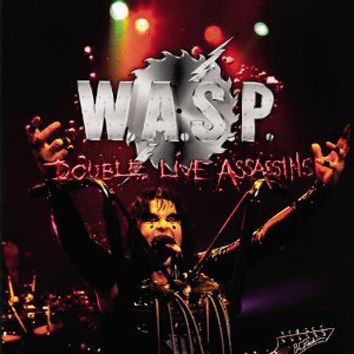