“Three undeniable talents from the world of heavy music have joined forces. Howard Jones: the former Killswitch Engage and Blood Has Been Shed frontman, who garnered two gold records and a grammy nomination during his decade-long tenure with the Massachusetts band. Francesco Artusato: celebrated solo artist and guitarist with All Shall Perish and The Francesco Artusato Project And John Sankey: drummer for the Australian band Devolved, who has also worked with Fear Factory and Divine Heresy. The sum total of the three is as singular as it is unforgettable.

The band – whose name will be unveiled shortly – was born out of Artusato and Sankey’s creative quest to stretch beyond their extreme metal backgrounds. The two had written over a dozen songs before even attempting to lock down a singer. “We were unsure if Howard would be interested,” says Sankey.” Yet, when Killswitch Engage’s former frontman received the material, a creative ideal began to solidify.

Finally connecting in Los Angeles during the last months of 2012, a highly distinctive sound began to become apparent. “It turned from bare-bones musical ideas into something that surpassed any of our expectations” says Jones. “It went from something we thought was going to be a fun, heavy project into something very real.” It was during a recording session at the start of 2013 with producer and former Machine Head guitarist Logan Mader (Gojira, Fear Factory) that ideas began to alchemize into something none of the bands members would ever expect. “It became a departure from what I’m known for,” says Artusato. “I wasn’t focusing on technical guitar parts (even though I still love that aspect of writing) but simply on writing what felt best for each individual song.”

“It’s a different style of music for me,” says Jones. “It’s heavy as anything any of us are known for but I get to do some different things people won’t expect. I’ve been singing almost all my life. Being around good songwriters and musicians in my former bands really helped mold me into who I am now.”

Jones, Artusato and Sankey are currently solidifying a band line-up that will take the three talents beyond the studio and onto stages around the world. A full album will be recorded with Mader, is tentatively set for release at the end of 2013. The band is managed by Scott Koenig and Mike Gitter of King Artist Management.” 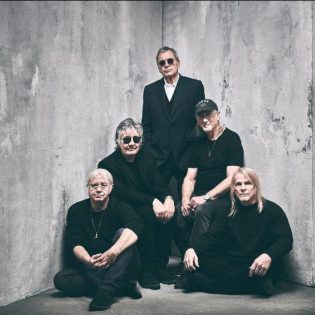